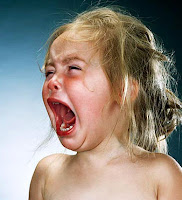 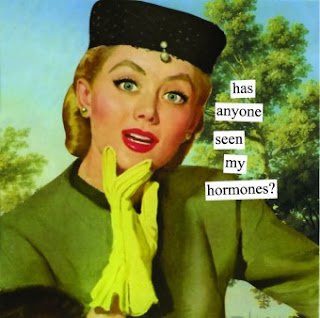 Ok, you’re not ALWAYS a woman, I know there are plenty of emotional males. Jason Mraz and Christain Bale are proof of that, but can’t we all agree it sucks to have lady hormones? I mean, lets face it, we all have our “crazy” story. Like that time we maxed out our credit card at Forever 21 because it was the only thing that felt right, or that time we ate pizza and drank Mountain Dew until we threw up and then ordered Chinese food because we were hungry, or that time you were mad at your boyfriend  for talking to his ex-girlfriend and so you searched through his phone, found her number, got drunk and called her to tell her about how great your lives are together, only she doesn’t answer so the only option is to show up where she works to SHOW her how great you’re doing and you accidentally slash ONE of her tires and the cops ruin everything!?  All our lives, men have called us crazy and irrational and the reality is, that’s not who we are. As humans, our brains all work the same. Women are even more logical and rational and intelligent than men….  UNLESS our hormones are involved, which unfortunately, seems to be at least ¼ of our lives.

This last week, (JUST before my period, of course) after 3 days of depression, outbursts, and the decision to move to Montana (that I later reneged on,) I sat my boyfriend down and explained to him, that I hated to admit it because I didn’t want this to be his victory for every future fight, but MAYBE we had been fighting the last few days and MAYBE I threatened to move his things out and MAYBE I threw the contents of my purse all over our living room in an outburst BECAUSE  I was……. PMS-ing. This was so hard for me to admit. I mean, I’ve known for a long time that other girls had PMS, but as you mature and try to gracefully enter your thirties, you start to really notice in yourself the difference between normal and bat-shit crazy and even YOU, as a strong and intelligent, talented woman,  start to run out of ways to defend your behavior. He smiled and smugly said, “I know.” ………… I went nuts. After a rant I don’t remember, I ran into my room and cried. 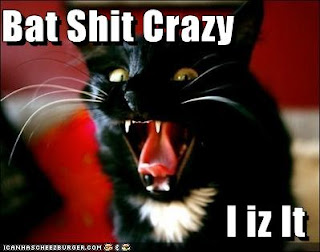 My cat didn’t know what to do and neither did I.   There’s no talking yourself out of bat-shit. Your hormones have you convinced that life really isn’t what you thought it was yesterday…. Or 3 minutes ago. After I came to my senses (because, to my dis-credit, it happens quickly,) I came out and he laughed as he said, “I can’t believe that after all this time that we’ve been together that you think I don’t know what THIS is.”


“OK, but I don’t want you to think that every time I’m upset, it means I’m hormonal and you automatically have the upper-hand.” I said and then admitted, “I don’t know how to deal with how I feel sometimes. Today, I hate our bed sheets and I don’t know why. Today, I almost introduced myself to the neighbors just to ask if I could move all your things into their house while you were gone just to give you a good scare when you got home. You know? So you’d know I was serious about breaking up with you. I know that’s nuts, but it felt so right! I hate myself.”

“I don’t pretend to know what you go through. I bet it sucks because, right now, you really suck. But, I love you.” He said.

We left the conversation unresolved. And I’ve got news for you, there’ll never be resolution. We take "medicine" to "treat" the natural horror that is our period. We take pills and shots and insert strange springy devices directly into our vaginas to prevent our ovaries from doing what nature intended them. There are male politicians that are trying to make laws based on the things we do and don’t do to our bodies because we have been given the “oh so amazing” gift of child birth. And as women, we will spend the rest of our lives apologizing for our hormones because, let’s be honest, we do some really messed up shit. Well…. It fucking sucks. It really does. I’ve been a feminist since I could walk but I will not support a HILLARY 2016 ballot unless she can provide evidence that all her hormone producing lady parts have been removed or have stopped working!! (She’d have control over the drones for crying out loud! Imagine if she had been President back in 1992 instead of Bill.... Monica Lewinsky's "disappearance" would still be unresolved, meanwhile there's a very unhappy intern in a hole in Guantanamo Bay.) 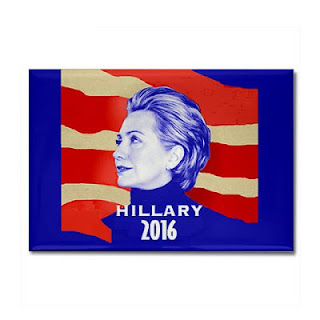 Ok, I’m sorry. I didn’t mean that. Go Hillary! But, as I sit here, taking the first pill of yet, another month of birth control, I am sickened at even the name “birth control.” And, Quite frankly, I’m fet up. I know that ovaries are what make the world go ‘round. I know that our lady genetic make-up allows us to be the empathetic, emotionally aware, beautiful beings we are. It is, however, like being on a roller coaster ride that you weren’t quite tall enough for. You move around too much in the seat and are relieved, a little dizzy, and thankful for your life when the ride is over. But, you’re proud of yourself for doing it because at least half of the population will never know what it feels like. Being girl is never boring, but it makes our job as human beings a lot harder. If you've ever looked at yourself in the mirror and called yourself "a fat loser," you don't mean it. Its likely the opposite of the truth, so don't trust it.

I sometimes wish I was single and alone, with no family so I’d never have to apologize for my behavior, but that’s not a possibility (because, at least from what it sounds like, I’m so loveable) so for now, I apologetically and reluctantly deal with the repercussions of my “lady-like” behavior. You’re welcome for children, World.

And what does this post have to do with its namesake, the movie “Planes, Trains, and Automobiles?” Nothing, but I FUCKING LIKE HOLIDAY MOVIES, ALRIGHT?! J 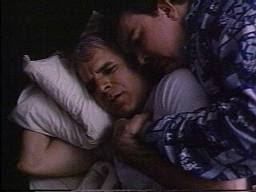